COULD BITCOIN BECOME AN ESG INVESTMENT?

Read on to learn about Bitcoin’s journey to potentially becoming an ESG investment.
Share this article on:

Environmentalists and ESG proponents have been among the most vocal Bitcoin critics, citing the Bitcoin network’s energy-intensive mining process as a significant environmental concern.

However, once you dig a little deeper into the realities of bitcoin mining’s energy mix and learn about the numerous initiatives targeted at making bitcoin mining greener, you will soon realize that Bitcoin could become a mainstay in ESG portfolios in the future.

Read on to learn about Bitcoin’s journey to potentially becoming an ESG investment.

ESG, which stands for Environmental, Social, and Governance, refers to investment standards for investors who prefer to place their money into socially responsible investments.

ESG portfolios, for example, don’t contain holdings in companies that are involved in the arms industry, oil & gas, or tobacco.

Whether a company or an investment is ESG-friendly or not depends on the three categories: Environmental, Social, and Governance.

The environmental factor primarily looks at how “green” a company is. So a company’s energy use and pollution level play a significant role in this category. Social mainly looks at how a company conducts its business, how it treats its employees, and what charitable campaigns it’s involved in. Finally, governance looks at how transparent, trustworthy, and ethical a company is.

WHY DOES BITCOIN CONSUME SO MUCH ENERGY?

Bitcoin enables users to save money in a decentralized digital currency with a limited supply, a hard-coded disinflationary monetary policy, and the ability to make borderless payments without the need for a financial intermediary.

To enable the Bitcoin network to run in a decentralized, trustless, and immutable manner without a central authority, the Bitcoin protocol uses a distributed consensus mechanism – called Proof of Work (PoW) – that ensures that only valid transactions are processed.

An important aspect that makes the Proof of Work consensus mechanism run successfully are so-called miners. Miners deploy computing power to solve cryptographic puzzles. Whoever solves the puzzles first mines the next block (composed of bundled Bitcoin transactions), for which they then receive freshly mined bitcoin in the form of the block reward.

When Bitcoin initially launched, anyone could participate in bitcoin mining with a personal computer. However, as the Bitcoin network’s mining difficulty increased as more and more participants joined as miners, it became increasingly difficult to mine bitcoin profitably using a home computer. The result was the development of specialized bitcoin mining equipment, called Application Specific Integrated Circuits (ASICs), that enable bitcoin miners to mine more efficiently and profitably.

However, with such immense computing power comes high electrical energy usage. According to a report by the New York Times, bitcoin mining consumes 91 terawatt-hours of electrical energy annually, which is far higher than that used by Finland, a nation of about 5.5 million people. As a result of figures circulating in mainstream media, concerns have been raised about the environmental impact of bitcoin mining.

BITCOIN AND ITS IMPACT ON THE ENVIRONMENT

In mid-2020, China launched yet another crackdown on cryptocurrency operations by banning all crypto-related activities, including bitcoin mining, from operating in the country. Before then, most bitcoin mining activities were located in China due to cheap, readily available electricity, as the country’s primary source of electrical energy comes from coal.

As a result, many miners have relocated to other locations like Kazakhstan, Iran, and the United States to conduct their mining operations.

In a world where people are finding ways to reduce their carbon footprint to preserve the planet, critics see Bitcoin as excess baggage, considering the low amount of energy most traditional monetary systems use. A single bitcoin transaction reportedly consumes up to 1752.79 KWh of electrical energy, the same amount required to process 1.2 million transactions on Visa.

Microsoft founder Bill Gates and Tesla CEO Elon Musk are among public figures who have voiced concerns about the environmental impact of energy-intensive bitcoin mining operations.

However, even as bitcoin mining consumes high energy, most reports don’t consider the amount of energy coming from renewable sources.

BITCOIN MINING USES MORE RENEWABLE ENERGY THAN YOU MAY THINK

The world is clamoring for industries that rely on using a substantial amount of energy for an operation to transition to renewable and clean energy sources. Believe it or not, Bitcoin is one of the leading assets among many that are making this transition.

Electricity cost is one factor miners consider before starting operations, as it plays a massive role in determining profitability. With a cheaper alternative like renewable energy, it makes sense for miners to make the switch and maximize profits.

The Bitcoin Mining Council Q2 2021 Global Review revealed that 56% of mining power used in the Bitcoin network is renewable, which places bitcoin mining as one of the most sustainable industries globally.

ARK Funds, led by Cathie Wood, and Square Crypto, led by Steve Lee, in a memo in April, made the case that Bitcoin mining will lead to the growth of renewable energy and empower the sector more than any government has ever done.

Bitcoin mining has also helped oil and gas companies reduce carbon emissions and increase revenue by converting natural gas to mine bitcoin. For example, the Great American Mining Company is actively working with oil companies to help reduce gas flare and increase their earnings by selling this gas to bitcoin miners.

Since Bitcoin is financial technology, it’s only fair to compare its energy expenditure with that of the traditional financial system. The Bitcoin network reportedly emits less than 5% of the conventional financial sector’s carbon emissions.

Bitcoin mining indeed consumes a lot of energy, but with the energy mix becoming increasingly renewable, we may end up with 100% renewable energy-powered bitcoin mining in the future.

Moreover, powering an open monetary network that anyone in the world can access with an Internet connection to store, send, and receive money may be worth the energy expenditure.

While most Europeans use bitcoin as an investment or store of value, individuals in emerging markets use it for remittances, paying bills, and securely storing their money. To positively affect the lives of people across the globe. That is the true power of bitcoin.

WILL BITCOIN BECOME AN ESG INVESTMENT?

For an investment to be considered ESG compliant, it must satisfy three criteria: Environmental, Social, and Governance.

Critics often cite the impact of Bitcoin mining on the environment as a significant reason Bitcoin doesn’t fit into an ESG portfolio. However, the discussion shows that Bitcoin mining isn’t entirely dependent on fossil fuels.

The formation of the Bitcoin Mining Council has helped more miners transition to sustainable mining. This, in turn, has provided financial support for renewable energy development, which has been lacking before.

The Bitcoin Lightning Network will also cause a drop in energy used for mining by settling an increasing number of transactions off-chain. As time goes by, the Bitcoin network is gradually becoming green and promoting sustainable energy usage.

While Bitcoin is not 100% environmentally friendly (yet), the Bitcoin network ticks the boxes for social and governance criteria.

Bitcoin has helped people under tyrannical governments access an open financial system that doesn’t discriminate. Anyone, regardless of race, gender, region, or religion, can access the Bitcoin network with an internet connection. People can easily send remittances home, escape high inflation rates, and access other financial services.

Moreover, the Bitcoin ledger is transparent for anyone to audit, as governance isn’t centralized. Changes in the network must be subject to transparent democratic processes before implementation.

While many critics may argue otherwise, Bitcoin has shown several traits of an ESG investment. As bitcoin mining becomes 100% powered by green energy, Bitcoin will become – by definition – an ESG investment as it will tick all three boxes to be ESG-compliant.

This article was originally published on relai.app

💡
Opinions expressed are entirely by original authors or translators and do not necessarily reflect those of the European Bitcoiners Initiative. EB only provides a platform for free publishing and education. 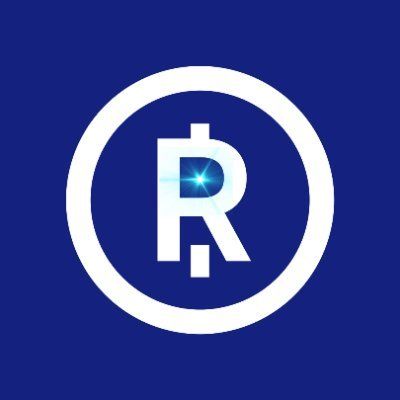 Bitcoin and The Regression Theorem 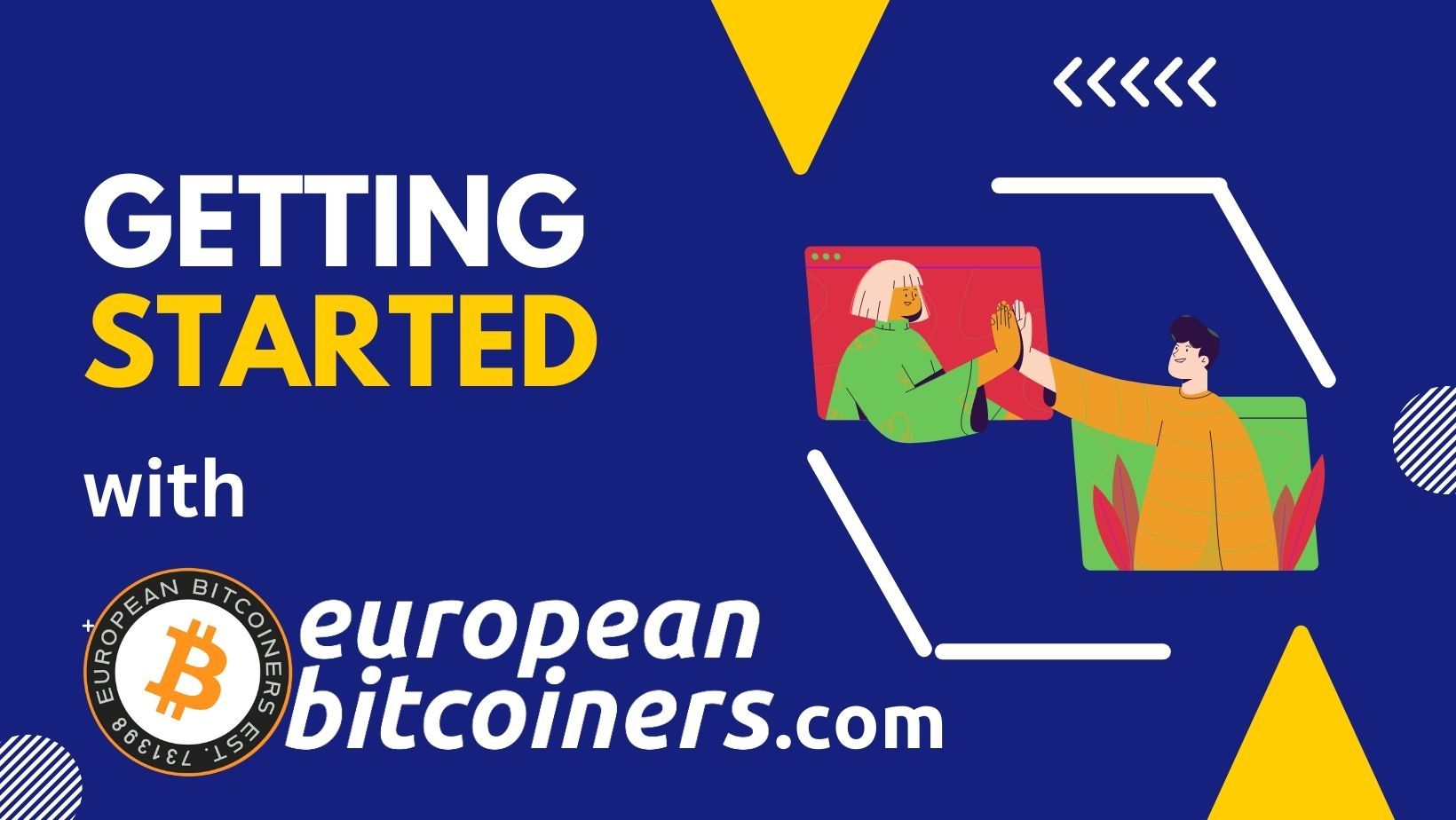